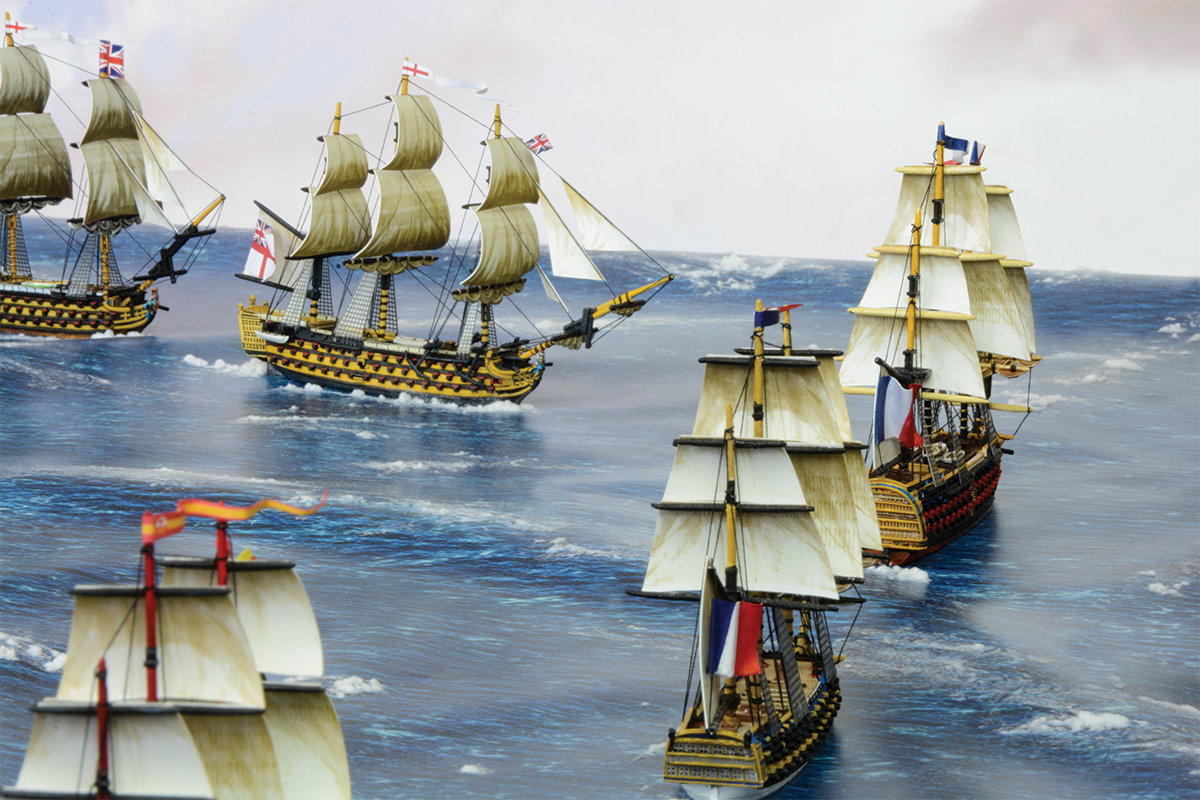 On the 23rd of October, Warlord Games will be hosting the largest game of Black Seas to celebrate the anniversary of the Battle of Trafalgar (21st of October 1805).

The game will be played using Jonathan Jones’ collection from http://jjwargames.blogspot.co.uk/. He has the full complement of ships that participated in the battle, fully painted and rigged.

On the day we there will be another chance to get hold of our open day 2021 special miniature Lucky Jack, with a percentage of the profits from it going to Combat Stress, a charity that helps Veterans mental health.

You will also be able to taste Hardtack and Grog! Staples of a 19th century sailor’s diet!